Is Windows 10 going to be Microsoft’s Saviour? by David Hutton 2nd July 2015 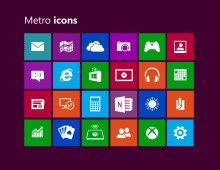 One of the biggest names in the computer world, indeed in any sector of industry, is about to release a new product that might, just might, carry them into a whole new era of almost global domination. Microsoft, for so many years THE major player in operating systems, is on the verge of releasing Windows 10 to an eager, though somewhat sceptical, market, and the public waits to see what will happen.

The benefits to the end user will become apparent in the coming months, because the release date is only in late July. It won’t be long before we are all able to see how much improvement there will be for both domestic and commercial customers. While there will undoubtedly be a few teething problems at the start, there are many in the industry who feel this really is the next big thing in computing.

For Microsoft, positive early feedback is perhaps a must, given the somewhat negative comments that came their way after the release of Windows 8. Quite why they have skipped a number this time – there is effectively no Windows 9 – we don’t actually know, but it could be that this latest release is seen as something of a permanent ongoing project.

Many of us have become used to Windows updates occurring on our computers, and that’s how Windows 10 will be installed. In the run-up to the release, it’s a good idea to back up your existing files and folders, and to locate that all-important security key that came with your purchase of Microsoft Office. These transitions are intended to be seamless, but of course they are sometimes far from that.

If you are already using Windows 7 or Windows 8.1, you will be pleased to know that the new operating system will be free, but only for the first year. After that, there will be a fee to pay – thought to be around the £99 mark, so you need to be prepared for the cost. This may come as a shock to many users who have become used to not paying any extras once they have purchased their hardware.

There will be a few utilities which won’t be appearing on Windows 10, including the clock and a few card games, but on the whole Microsoft will be hoping that we focus on the plus points. Smoother usage, a more integrated approach and fewer updates will no doubt help to appease the nay-sayers. In the end, we have to ask ourselves, is this the next big thing? Time will tell.